What Causes a Rail Line to Become Abandoned? 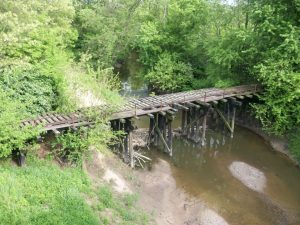 An abandoned railway might not seem like something to think about all that often, with so many other challenges competing for our attention, but these disused railways have a huge impact on American life.

One way or another, unused railways mark the passing of time, specifically off companies and jobs. Workers once maintained these lines, and railway companies once utilized vast infrastructure to run a multitude of trains on time.

It’s not easy for us to turn back the clock and return to a time when these lines were useful. In fact, year over year trains are slowly disappearing. What’s interesting is what’s happening to these lines as they begin to fade away. These forgotten tracks impact us in ways we often don’t think about.

In the past 40 years, nearly 1,000 railways have been abandoned as companies have stopped operating, or stopped servicing certain towns and spaces. Usually, this is impacted by several factors. Industries a rail line served may shut down, or greatly reduce operations. Competition among rail carriers would quickly become fierce, and only larger lines servicing major cities ended up winning out over time. It was simply too expensive to compete as a smaller line. Mergers and shutdowns meant certain tracks went into abandonment.

Some of these spaces are being reclaimed by activists, and turned into livable habitats. The tracks are reminders of our industrious past, and a symbol that all things pass in time. If you see these forgotten tracks in your town or city, consider safely exploring them by first verifying all service to the line is shut down.

Archbishop James Provence retired from the church, and now resides in Vacaville. James Provence is a docent for the California State Railroad Museum, and studies history.